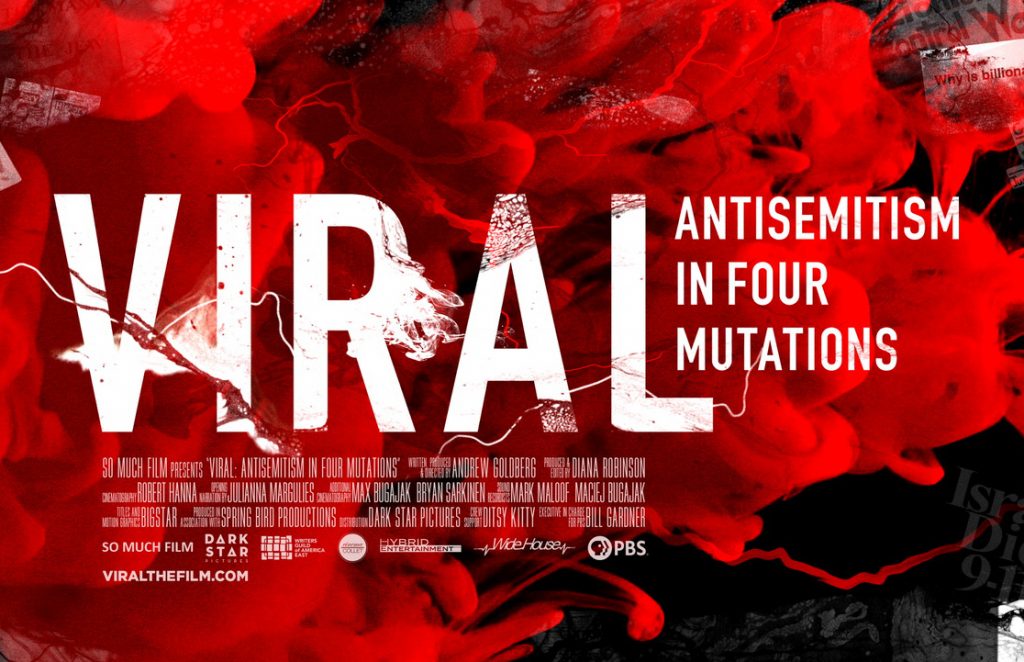 Emmy Award-winning filmmaker Andrew Goldberg explores antisemitism’s infectious behavior in his film “Viral: Antisemitism in Four Mutations.” Andrew looked at four ‘mutations’ of antisemitism, including the American far-right having incited such acts as the mass shooting at the Tree of Life.

The film leads with the story of October 27, and includes interviews with survivors of the shooting including Tree of Life Rabbi Hazzan Jeffrey Myers and New Light Congregation Rabbi Jonathan Perlman. The documentary explores an international pattern of antisemitism, which by virtually every yardstick is rising and worsening in the US and Europe in ways not seen since the 1930s.

It premieres this Friday, March 6, at the AMC Waterfront 22.
It runs for one week through Thursday, March 12.
Link to showtimes: AMC Showtimes

You can watch the trailer here: https://youtu.be/XgLoFLTzae4 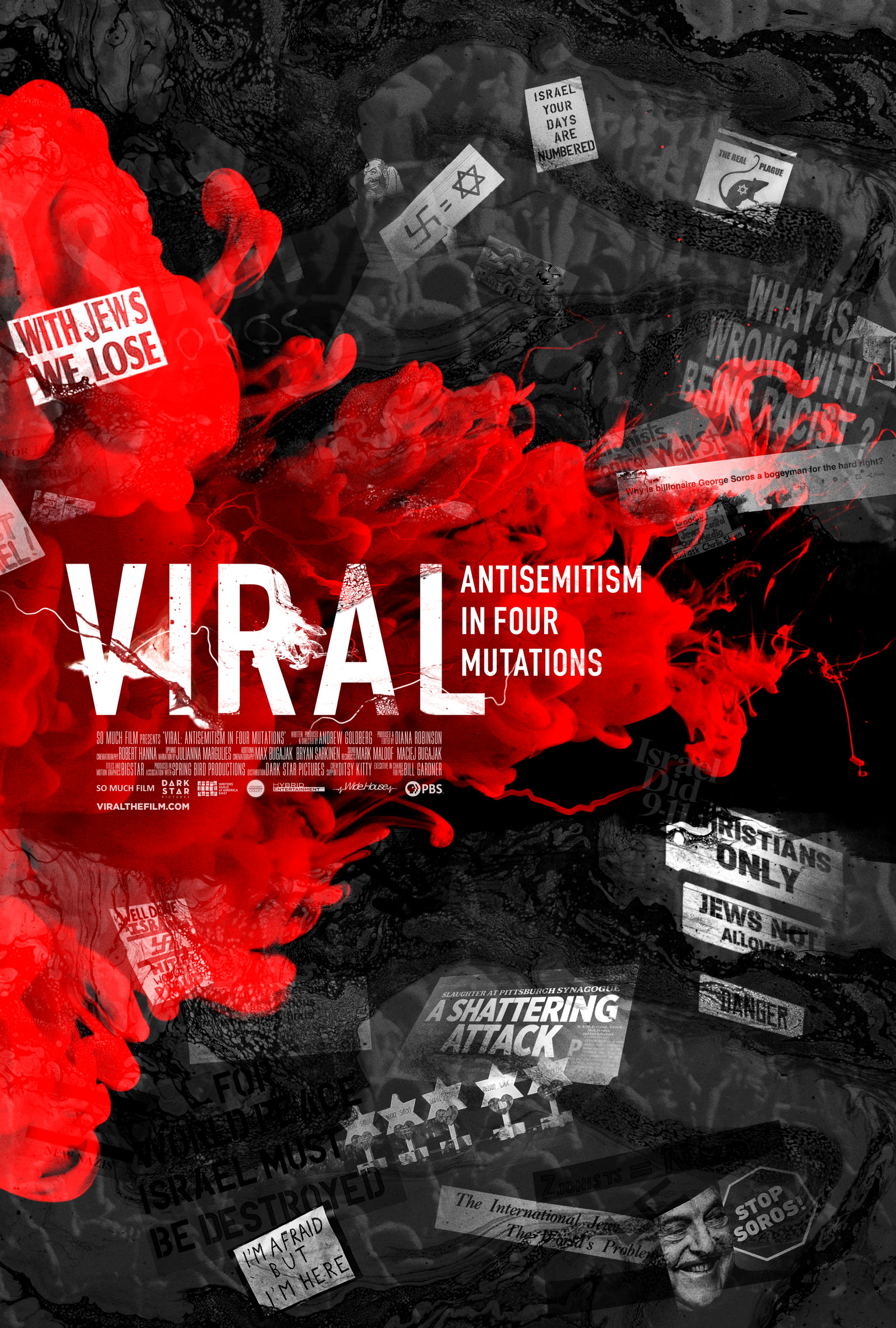 Directed and Written by:
Andrew Goldberg

Produced and Edited by:
Diana Robinson